The traditional Lapp knife range now includes models featuring a finger guard.
Traditionally finger guards are not part of Scandinavian knife culture,
but in Central Europe for example, finger guards are commonly fitted to
knives. A finger guard provides more safety for the knife user. For
those who are a little less accustomed to using knives a model with a
finger guard is especially justified. You can get a good grip of the
knife and your hand will not slip on to the blade even in wet or cold
conditions.

This Lapp knife is an excellent general knife suitable for both
trappers and hunters. The stainless chrome steel blade has a beautifully
etched engraving featuring a Lappish theme, whilst the pattern on the
sheath also carries the strong Lappish spirit. The sheath also features a
secure snap closure. 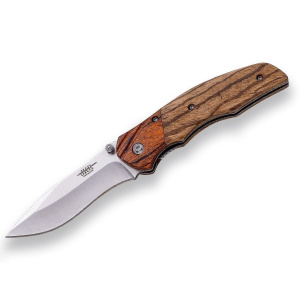 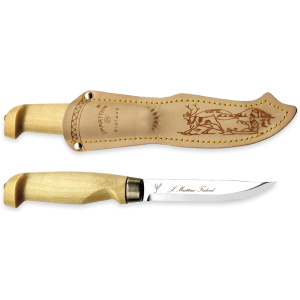 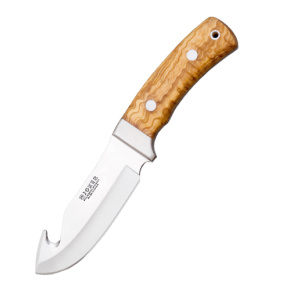 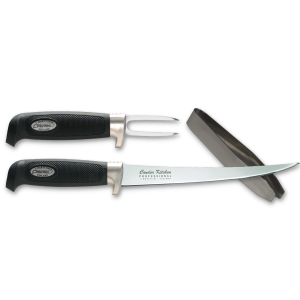 Fisherman’s set in a wooden gift 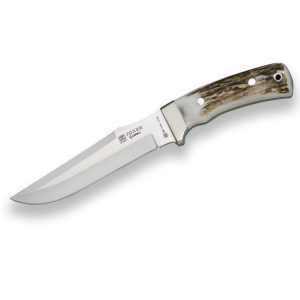 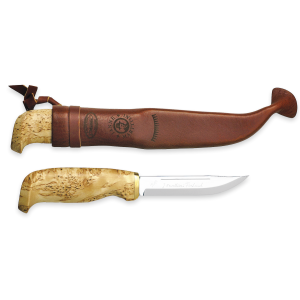 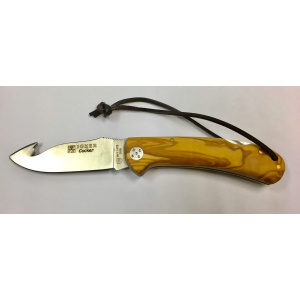 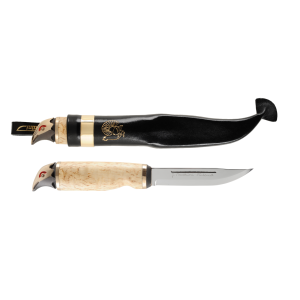